You are here: Home / About Us / Christina Harbridge
Founder and misChief Executive Officer 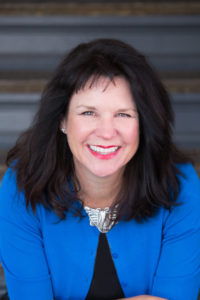 Christina Harbridge is a behaviorist who trains and coaches individuals, teams and large groups to understand and leverage their own personal operating system when dealing with others who may or may not be rational.

Christina’s early experience as founder and CEO of a debt collection agency that collected debt through unorthodox tactics (such as being nice) shaped her worldview on workplace communication. Employees focused their interactions on filling a person’s need to feel understood through emotionally literate tactics, rather than focusing on trying to collect a debt that may not even have been owed. This values-based tactic, reinforced by bonuses paid on thank-you notes received, reinvigorated the industry by resulting in collections three times higher than the industry average. The proof was in the wedding invitations.

Christina has co-authored software, built and sold a successful finance industry company, practiced acrobatic swing dancing, participated as a NASA test subject and collaborated to design and weld several large-scale metal sculptures. She has served her community on the founding boards of The Bay Lights and Emerge America. Her story is covered in more detail in Simon Sinek’s book “Start With Why,” Mike Maddock’s “Plan D,” and Maria Ross’ “Empathy Edge.”

She is the author of Swayed: How to Communicate for Impact, which reached number one on Amazon’s ‘Conflict’ category list.